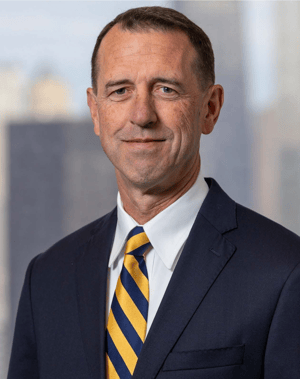 Richardson is joining the organization as its newest national vice president.

“As the Navy League of the United States looks to continually enhance our support of U.S. naval strategic needs, it is rare to find someone more versed in how our organization can assist in this effort as impactful as Adm. Richardson,” said Navy League National President Bill Stevenson. “We are looking forward to Adm. Richardson’s insights as we continue to enhance our mission of support for all the sea services.”

“I look forward to working with the Navy League as we work together to educate and advocate more effectively in support of sea service personnel around the globe,” said Richardson.

Richardson served 37 years in the U.S. Navy, completing his service as the Chief of Naval Operations, the top officer in the Navy.

While in the Navy, Richardson served in the submarine force. He commanded the attack submarine USS Honolulu in Pearl Harbor, Hawaii, for which he was awarded the Vice Admiral James Bond Stockdale Inspirational Leadership Award. He went on to command at every level of the Navy.

Richardson also served as naval aide to the president of the United States, the teacher for prospective submarine commanding officers, and as a director of strategy and policy.

Before he left the Navy, Richardson served as the Director of Naval Reactors and finished his naval career as the 31st Chief of Naval Operations. Richardson retired from the Navy in August 2019.

Since leaving the Navy, Richardson has joined the boards of directors for The Exelon Corporation, The Boeing Company and SparkCognition Government Systems. He also serves on the boards of the Woods Hole Oceanographic Institution and the Center for New American Security.